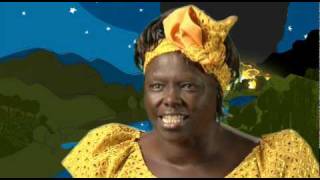 Bark cloth making is more than a commercial activity- it symbolizes heritage, tradition and an exotic art involving a procedure, named savoir-faire. It goes back in time when even weaving was not in practice. It is a craft exclusively carried out by the Baganda people residing in central Uganda. The Buganda Kingdom finds it a legacy since it dates back to over 600 years which continues today under the leadership of hereditary Chief craftsmen.

Mutuba tree, biologically named as "Ficus Natalensis" is of crucial importance in the entire process of bark cloth making. The process is lengthy and is often done in the rainy season. It is usually carried outdoors, under open sky, so that the bark seizes to dry too soon. It is interesting to note that no bark cloth shares similar surface or color. The inner bark is stripped offThe bark is heated in two different ways, depending on the selection of the farmer- either using fire or the boiling water. The harvested inner bark is pounded multiple times with a wooden mallet in order to soften up the texture, also making it a finer piece of fabric in process. Finally, with its new tarrecotta colors, bark cloth is further processed for special uses. The fabric is spread for about 72 hours on average to achieve a red-brownish color of its own kind.

Making of bark cloth is termed very environmentally friendly and sustainable. The farms used are eco-certified. No tree is damaged permanently as only a small layer of bark does the trick. To make it regrow, the affected area is enfolded by banana trees- generally for the 9 months i.e. until the start of the new season.

As of today, Bark cloth is used for several purposes. It is being processed to make fabric, handbags, accesorries, home decor. Certain fashion fanatics admire it for being unique in texture. Some even go on to suggest how bark cloth might replace leather in future. To end it up, Bark cloth is also used for traditional purposes at Baganda Kingdom as people tie it up when attending ceremonies and funerals. Truly a masterpiece; an astounding tale.